The first and greatest victory is to conquer yourself; to be conquered by yourself is of all things most shameful and vile.

Arrest of the leader of a French drug trafficking organization 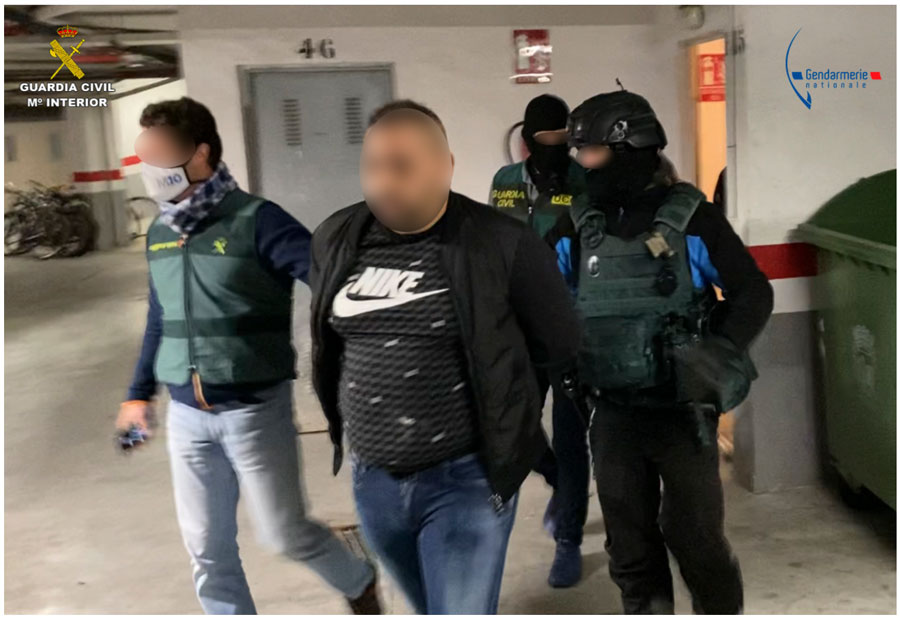 The leader of one of the most active criminal organizations in the Northeast of France has been arrested in a luxurious penthouse in Marbella, from where he has coordinated much of the criminal activity of this criminal organization. Sex people have been arrested and 590 kilograms of hashish, a gun, 24,000 euros in cash and numerous luxurious vehicles have been seized in several actions carried out in a coordinated manner in France and Spain, coordinated by EUROPOL.

This organization had created an important logistical structure for the distribution of narcotic drugs in several European countries, having established its hub in the French city of Reims.

On the part of the French authorities, this investigation began at the beginning of last year, when thanks to the analysis carried out by the Center for the Fight against Digital Crime of the National Gendarmerie, it was possible to identify a criminal group dedicated to drug trafficking, specifically of large quantities of hashish introduced into France from Morocco through Spain.

The international investigation was in Spain directed by the Special Anti-Drug Prosecutor's Office (“Fiscalía Especial Antidroga”) through its International Legal Cooperation Section (“Sección de Cooperación Jurídica”), in close collaboration with agents of the Guardia Civil specialized in the fight against organized crime based in Málaga from the Central Operational Unit (“Unidad Central Operativa”).

After several months of complex surveillance on those investigated and their environment, who spent long periods in the province of Málaga, the agents of the Central Operational Unit (“Unidad Central Operativa”) managed to locate the address where the leader of the organization himself was staying on his trips.

Publicity:
Newchic: Whole Site Up to 20% OFF for All Items.
Free Advertising
Phone numbers and cheap calls around the world
Palladium: Sales up to 50% off.
Chemist Click: 10% off all first orders.
Friendz Travel: Save Up To 50% Off Flight & Hotel Deals.