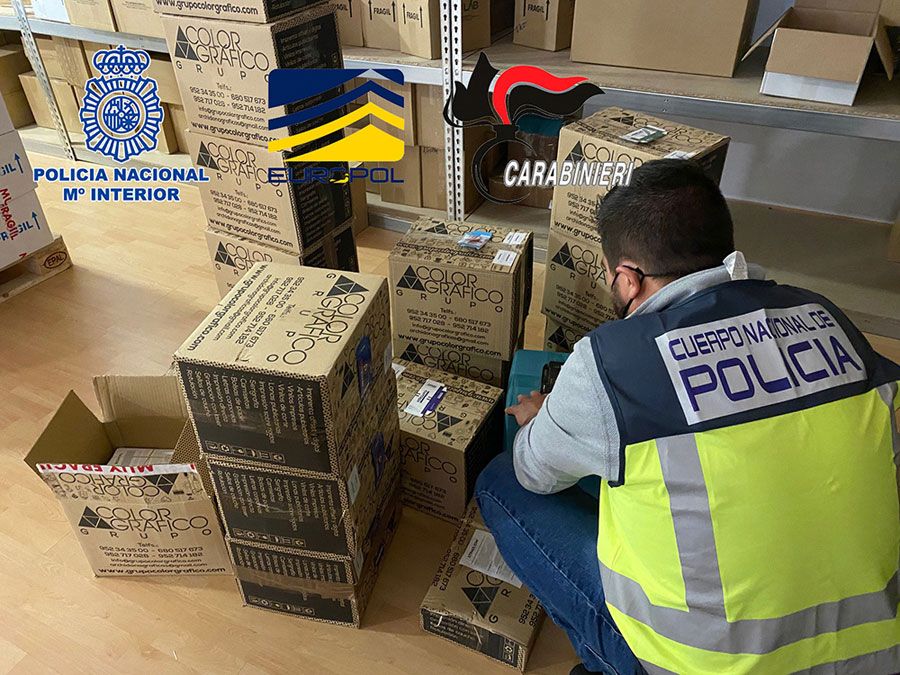 Policía Nacional has participated in dismantling a criminal organization allegedly dedicated to the trafficking of medicinal substances that they masked as nutritional products in a joint operation with the Carabinieri of Italy and the Romanian Police that has been coordinated by EUROPOL.

Eight people have been arrested in Málaga (6) and Barcelona (2). 12 searches have been carried out – Málaga (4), Barcelona (3) and Italy (5). They are charged with crimes against public health, fraud, document falsification, smuggling, belonging to a criminal organization, money laundering and crime against public finances.

117,700 tablets containing Sildenafil and Tadalafil - substances prescribed for the treatment of erectile dysfunction - have been intervened without being declared in the final labelling of the product.

The consumption of this type of medication poses a serious health risk, and the agents have even detected that a client reported that he had suffered a stroke.

Furthermore, four websites have been blocked and 21 bank accounts, associated with those investigated, have been frozen containing 3.5 million euros.

The investigations began when the National Police received information from EUROPOL, where the Carabinieri reported the intervention of 2,123 packages of a product that had tested positive for the chemical Sildenafil - substances prescribed for the treatment of erectile dysfunction - without having been declared among its components. The product came from two English distribution companies, one of them having a Spanish delegation in the province of Málaga.

Policía Nacional found out that two companies were administered by Spanish citizens, who also administered other companies being related to each other and creating a complex business network aimed to camouflaging the criminal activity being carried out. One of the main suspects had his residence in Miami in the US, which generated a false sense of impunity to be able to operate freely in the creation of these companies.

An extensive compilation of information revealed that those investigated had created this business network with the aim of hiding the criminal activity under the developed legal appearance by all their companies, since they combined the distribution of prohibited drug substances with other products that are legal, such as supplements. food or makeup, among others.

Publicity:
Phone numbers and cheap calls around the world
Free Advertising
Newchic: Whole Site Up to 20% OFF for All Items.