If a man neglects education, he walks lame to the end of his life.

The most active marijuana trafficking organization in Europe has been dismantled 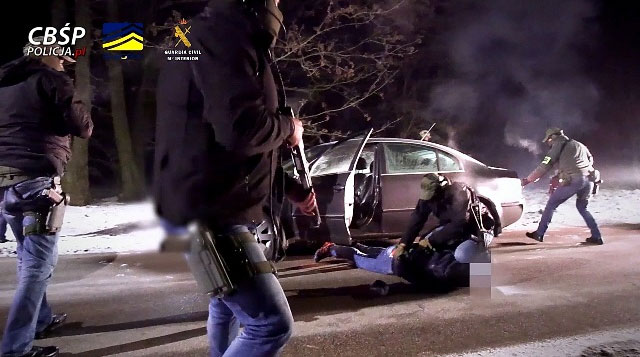 Guardia Civil and the Special Division for Drug Trafficking and Organized Crime of the Polish Police (CBSP) have, in an operation coordinated by Eurojust and Europol, dismantled a criminal organization that has transported marijuana and hashish from Spain to several European countries.

More than 80 searches have been carried out in Spain and Poland, and 110 people have been arrested.

The Police have seized:

The operation began in September 2019, when Guardia Civil became aware of an organization based in the province of Málaga, which was transporting large quantities of marijuana, from Andalucía to Poland.

Due to Police investigation leaders of a Polish organization who could be linked to international drug trafficking, could be traced to a luxury urbanization in Estepona. The leadership was made up of one of the main Polish drug traffickers with links to other important drug traffickers from Bulgaria, Morocco and Spain. The organization had a highly hierarchical structure, where each subordinate exploited one of the provinces of their responsibility.

They had links with other mafia organizations, which have been established in the province of Granada, as the main supply point for marijuana. The organization had numerous plantations in homes and warehouses in the provinces of Málaga, Cádiz and Valencia, besides of Granada.

The organization transported marijuana and hashish in sophisticated double bottoms made in trucks, cars and even on a bus. They recruited drivers from Poland in a rigorous selection process.

Publicity:
Newchic: Whole Site Up to 20% OFF for All Items.
Phone numbers and cheap calls around the world
Free Advertising