The first and greatest victory is to conquer yourself; to be conquered by yourself is of all things most shameful and vile.

Lockdowns do more harm than good 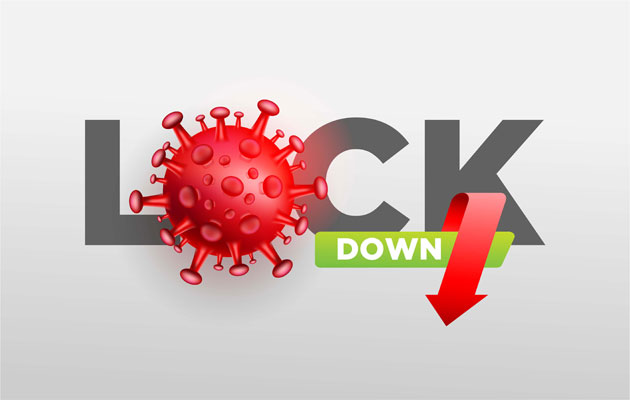 Lockdowns are not based on scientific ground and have small impact on control of infection, but create huge economic and social cost, according to senior academics.

At the previous pandemics during the 20th century, societies were kept open as long as possible. At the same time people in risk groups were protected. The consequence of that strategy did not create the deep recession and the negative effects on public health as we see today. The Asian flu pandemic (1957–58) and the Hong Kong flu (1968–69) were as severe as the coronavirus of today.

Today's lockdown policy is based on coercion and not on a voluntary basis. It is a historically new form of policy to meet a pandemic, with the authoritarian China as a role model.

Forcing people to be locked in at home during a pandemic does not make any sense at all. Earlier it has ben seen important for people to be out and breath fresh air to tackle respiratory diseases, e.g. the Spanish flue pandemic and Tuberculosis (TB).

Decision of lockdowns have been taken on dubious ground. WHO stated early that the high number of serious infections and deaths were reasons for lockdowns. When a well-known, now rather infamous, forecast of the spread of infection and deaths in COVID-19 were presented by researchers at Imperial College London in mid-March 2020, politicians got cold feet. Today we know that the forecasts were absurdly exaggerated. Unfortunately, this study contributed to radical lockdowns.

To develop knowledge of the effect of medical and non-medical measures on morbidity, transmission and mortality take long time.

Several analyses of the lockdowns and their medical effects were presented in a hurry. Many of these studies were positive to compel restrictions. Some of them were published in reputable scientific journals. Unfortunately, it seems that the assessment procedure was forced, which have contributed to shortcomings in these studies.

Other studies shows that the health effects of lockdowns are non-existent or weak. These analyses have however not received attention in the debate on the policy of lockdowns. Voluntary changes in human behaviour inspired by advice and recommendations appears in this research as a better choice than coercive measures.

If the only remaining arguments for lockdowns are that all other countries are doing so and that politicians need to show leadership and power, then this strategy is a complete disaster.

A huge number of infectious disease epidemiologists and public health scientists around the world have signed The Great Barrington Declaration where they recommend an approached called Focused Protection.

As immunity builds in the population, the risk of infection to all – including the vulnerable – falls. We know that all populations will eventually reach herd immunity – i.e.  the point at which the rate of new infections is stable – and that this can be assisted by (but is not dependent upon) a vaccine. Our goal should therefore be to minimize mortality and social harm until we reach herd immunity.

The most compassionate approach that balances the risks and benefits of reaching herd immunity, is to allow those who are at minimal risk of death to live their lives normally to build up immunity to the virus through natural infection, while better protecting those who are at highest risk. We call this Focused Protection.

Adopting measures to protect the vulnerable should be the central aim of public health responses to COVID-19. By way of example, nursing homes should use staff with acquired immunity and perform frequent testing of other staff and all visitors. Staff rotation should be minimized. Retired people living at home should have groceries and other essentials delivered to their home. When possible, they should meet family members outside rather than inside. A comprehensive and detailed list of measures, including approaches to multi-generational households, can be implemented, and is well within the scope and capability of public health professionals.

Those who are not vulnerable should immediately be allowed to resume life as normal. Simple hygiene measures, such as hand washing and staying home when sick should be practiced by everyone to reduce the herd immunity threshold. Schools and universities should be open for in-person teaching. Extracurricular activities, such as sports, should be resumed. Young low-risk adults should work normally, rather than from home. Restaurants and other businesses should open. Arts, music, sport and other cultural activities should resume. People who are more at risk may participate if they wish, while society as a whole enjoys the protection conferred upon the vulnerable by those who have built up herd immunity.

The pandemic will end sooner or later, which is known from history. The lockdowns have created a huge social and economical costs that have made us much poorer, which is going to reduce our future welfare and standard of living. Time will tell if the lockdowns will stand out as giant failure or not.

Posts in discussion: Lockdowns do more harm than good