A cocaine trafficking organization has been dismantled 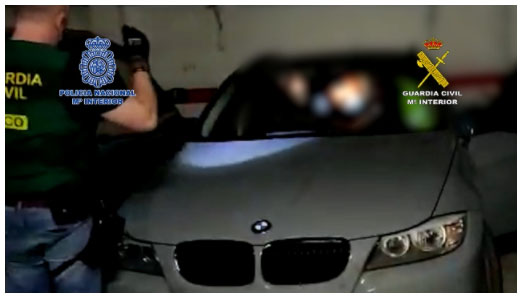 Guardia Civil and Policía National have dismantled a criminal organization dedicated to trafficking of cocaine in Costa del Sol. Seven people have been arrested and more than two kilos of cocaine have been seized. The leader worked as a caretaker in a public school in Marbella and had a wealth of more than half a million euros, although the properties were listed in the names of different relatives.

Furthermore, several vehicles luxury, boats, and more than 10,000 euros in cash have also been seized.

The person in charge of the network drew the attention of the investigators due to his high standard of living; In this sense, his work as a caretaker in a public school in Marbella contrasted with the driving of luxury vehicles and boats, one of them a yacht, which he had docked in the marina of the Málaga city.

During the investigation, the agents located the rest of the members of the organization, who were under the command and supervision of the leader. On one hand, they identified the drivers of the vehicles during the transfers of the drug to other parts of Andalusia. For the transports they used vehicles that appeared in the name of third parties - those in charge of the logistics of the organization-, in such way that the transports could not be related to those in charge. On the other hand, they also identified the recipients of the drug, who allegedly were in charge of cutting the cocaine and subsequently distributing it in smaller quantities to the final consumers.

One of the members of this criminal organization was arrested in March while he was transporting a kilo of cocaine from Marbella to Roquetas de Mar, in Almería. This led to the intensification of security measures by the rest of the members of the organization who, however, did not cease their activity. Days later they prepared a new shipment that culminated, again, with the arrest of another of the organization's drivers and the intervention of more than a kilo of cocaine. The illicit merchandise was transported in a hidden compartment, specially designed to avoid the detection of large quantities of drugs in a police control.

Publicity:
Phone numbers and cheap calls around the world
Free Advertising
Newchic: Whole Site Up to 20% OFF for All Items.
Palladium: Sales up to 50% off.
Friendz Travel: Save Up To 50% Off Flight & Hotel Deals.
Chemist Click: 10% off all first orders.