Knowledge without justice ought to be called cunning rather than wisdom.

Terrorists attempted to take advantage of the COVID-19 pandemic 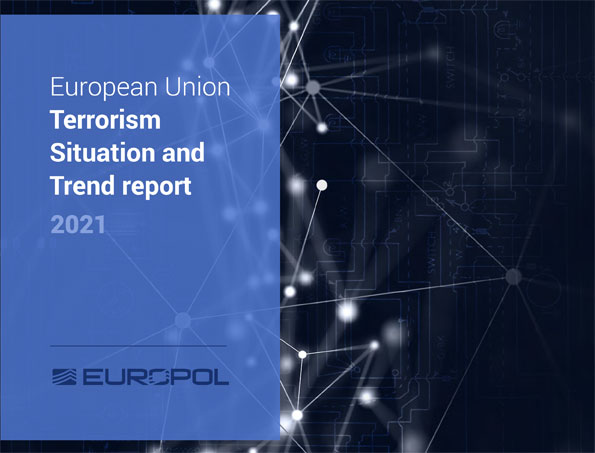 Terrorists exploit polarisation in society to pollute the social climate with violent ideologies. In recent years, polarisation of the political discourse has increased in the European Union. The COVID-19 pandemic has further accelerated this development.

There has been a notable increase in intolerance of political opponents, while the number of individuals conducting verbal or physical violence is increasing too.

Mental health remains an issue in relation to terrorism and violent extremism. The situation created by the pandemic might be an additional stress factor, potentially encouraging vulnerable individuals to turn to violence.

Posts in discussion: Terrorists attempted to take advantage of the COVID-19 pandemic

Editor replied the topic: #2 4 months 1 day ago
From the EU Terrorism Situation and Trend Report (TE-SAT) 2021:

Jihadists operating online continued to struggle to rebuild their networks after the 2019 Telegram takedown.

Over the past year and a half, Europol has been collaborating with Telegram in tackling terrorism online. Building upon a previous Referral Action Days with Telegram in October 2018, the event this year was an opportunity for both parties to review the kind of content that terrorist groups attempt to disseminate online and further improve the referral process with the common aim of ensuring that material glorifying terrorism would be removed from internet as soon as possible.

Telegram is no place for violence, criminal activity and abusers. The company has put forth considerable effort to root out the abusers of the platform by both bolstering its technical capacity in countering malicious content and establishing close partnerships with international organisations such as Europol.

Thanks to this collaboration, the already-existing content referral tools available to Telegram’s users have been strengthened and expanded. Now, any user is able to refer and classify the content they find inappropriate and violent via the referral feature in public groups and channels. In addition, new technical developments, such as the advanced automated content detection system, continue to strengthen Telegram’s effort in obliterating extremism on the platform even further.

Publicity:
Free Advertising
Newchic: Whole Site Up to 20% OFF for All Items.
Phone numbers and cheap calls around the world