Justice in the life and conduct of the State is possible only as first it resides in the hearts and souls of the citizens.

Huge and increasing debt to the community by “Morosos” 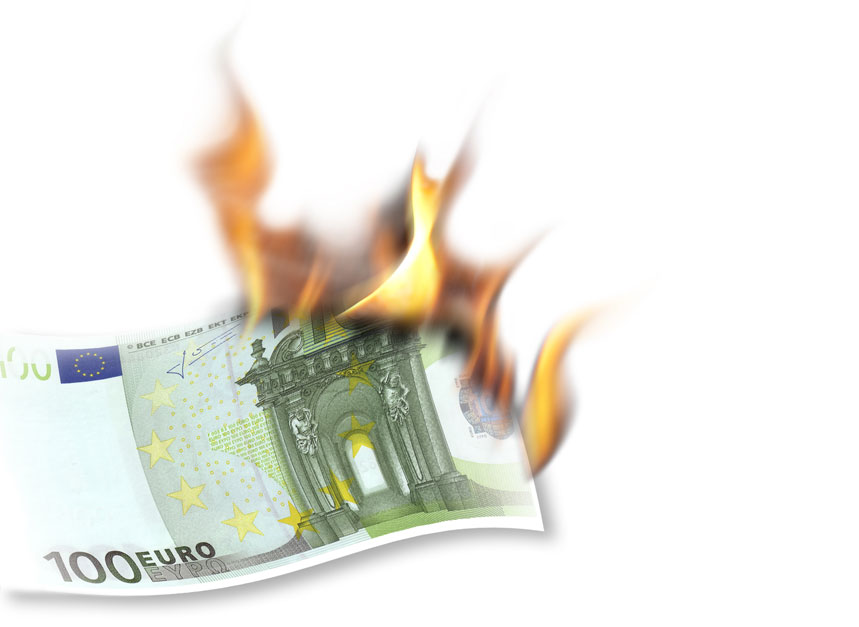 Over the years some property owners have not kept up their payments to the community and created huge debts to the community. This has been made possible since the Presidents have not fulfilled their duties. Unfortunately it is only the debts from the last three years that have the status of priority.

Due to the statues of the community the Presidents are empowered to appoint any attorney or lawyer to initiate appropriate lawsuits to claim payments that are in defaults. All expenses caused by this procedure will be under the responsibility of the debtor.

If the Presidents (President and Vice-President) would have fulfilled their duties in accordance with the statutes of the community, then the problem with "Morosos" would not have been a huge financial burden on the community as it is now.

Anyone who does not comply with these deadlines will be in default and payment may be claimed through the courts as of November 1, January 1, April 1 and July 1 of each year respectively. For him, the President is expressly empowered to appoint attorneys and lawyers and initiate the appropriate lawsuits to the case. All expenses caused by this procedure will be the sole
responsibility of the debtor.

Statutes: Payment of the Community Fees

There is an older woman who lives in Bloque 9 who at several occasions has expressed at the community meetings that she has been a “Morosa” and that she wants property owners to be able to be “Morosos”.

The administrator, who has been chairing the meetings, has failed to tell this woman that this would require change of the statutes of the community, which is a decision that must be taken in the first call and must be supported by a majority of all property owners, not just by the majority of those attending the meeting.

This woman has over time shown to be in favour of the present President and she has been heard to speak very badly about the property owner in Bloque 6 that has been very badly affected by the squatters next door and the young man with the Pitbull and his friend, “Jefe”, who lives with his family in Bloque 6.

By not taking any legal action in time against this family's accumulated debt to the community for unpaid community fees for their apartment (BL-8, _-_) and garage space (SOT-8, G-__) is as follows:

As already mentioned, it is the duties of the President or the Vice-President to take legal actions against property owners that are not paying their community fees in time. It is also the duties of the Presidents to take actions against people within the community who are carrying out activities that are prohibited in statutes, harmful to the property, or are annoying, unhealthy, harmful, dangerous or illegal (Artículo 7.2, Ley 49/1960).

The property owner who has been badly affected by the squatters in Bloque 6 has also got sentences against both the young man with the Pitbull and his friend who is the “blind” man with a white Dogo Argentino. These two dogs are both regarded as potential dangerous dogs, which require the owners to be physical and mentally fit to obtain the mandatory license, and they have to wear a muzzle and being on a leach at all times in public.

The problem with “Morosos” and people misbehaving not taken to court, is a result of bad management. The function of the President and Vice-President is to represent all property owners and to work for the entire community's best interest. Therefore they need to be approachable by all property owners to fulfil those duties they are empowered with by law or statues, like already mentioned initiate appropriate lawsuits towards “Morosos”, etc.

When the President cannot fulfil the duties, then the Vice-President steps up in his/her place.

The Administrator gets paid more then 18,000 EUR annually for administrating the community.

Professional Administrators have a procedure to collect outstanding community fees from the property owners, which include to immediately claim when the balance is due. A common practice is to send an official fax or a written informing:

We have in an earlier article warned that the Administration has taken out extra money from property owners who is paying the community fee with standing order. The administrator ignores request to give an explanation. Property owners have the right to see the accounts of their properties, but the administrator even ignores this request.

When the Administrator does not fulfil his duties to disclose the accounts for the property owners, then it looks like there might be something that is terrible wrong with the accounts.

The debts of the “Morosos”

According to the Minutes from the community meeting 2012, the Administrator seemed to have started to take legal actions with the “Morosos”, but this seems to have changed when a woman in Bloque 6 became the President in March 2013.

It is the Presidents' duties to immediately start legal procedures to collect outstanding community fees from the property owners, which the Statutes of the community empowers the President to do so.

A woman in Bloque 9 became Vice-President in August 2017 and it seems like she has not fulfilled her duties either.

Re-elections of the Presidents with help of Power of Attorneys

The two lady Presidents have been re-elected every year until now. Their re-election has been made possible by collecting lots of Power of Attorneys, which has given them enough power to be re-elected and to pursue what ever they have wanted to be decided during the community meetings, turning it in to a charade. The majority of Power of Attorneys have been collected for the President. It has come to our knowledge that the caretaker has been collecting Power of Attorneys for the President over the years. It is completely unacceptable that the caretaker, who only is a worker and who does not own any properties at the community, he has indirectly interfered how the community should run. The Board of Property Owners (“Junta de Propietarios”) is the highest decision making power of the community.

Why “Morosos” must be listed in the calls

By law, the call to community meetings must contain information of the outstanding debt by those property owners who have outstanding community fees (“Morosos”) for them to have a chance to pay their debt, before the meeting starts, and therefore, they would be able to vote.

The call will contain a list of the owners who are not up to date in the payment of overdue debts to the community and will warn of the deprivation of the right to vote.

The Administrator had in the previous calls provided with information that showed the debt at the time when the call was being made (“Saldo deudor a fecha de Convocatoría”).

In the call that was made just before midnight on 2 April 2022 the Administrator only provided with the debt of the “Morosos” for:

By not providing with the debt balance in time, when the call is made, many property owners who want to pay might not have enough time to pay their debts to the Community Meeting

It would also be a good practice for the Administrator to provide with the bank account details of C.P. Terrazas del Rodeo in the call, but this is not done by the present Administrator of the community.

The poor management have created a huge debt that has been accumulated by not taking early legal actions against the “Morosos”. A consequence is that the community risks losing lots of money since it is only the last three calendar years of the debt that legally has got priority (Artículo 9e, Ley 49/1960). This is also the reason why new owners, like when properties are being repossessed, only are eligible for the latest three years of the previous owners debt to the community. It is very difficult to collect debts that have not got priority.

Publicity:
Phone numbers and cheap calls around the world